Children can do a world of good for other children at Christmastime with just a little direction. Given a challenge, they are truly amazing!  For years when our children were home one of our traditions at Christmas was to hold a Children for Children Concert. The kids would ask their friends in the neighborhood and from school to get a talent ready to perform at concert on an assigned night during the holidays at our house.  When the night arrived kids showed up with their parents and grandparents for the big performance. We saw everything from a simple one-minute piano solo to kids who could had beautiful voices (and some…not so much, but they were earnest), to kids showing their artwork to kids who could tap dance.

The parents were then asked to think of their admission to the concert as a generous contribution to a great cause.  With their contributions our first year we helped to build a simple cinderblock school for children their age in Bolivia. Every year the kids discovered a great cause to support and were so proud to feel that they could actually help by participating in the concert.

This tradition has rolled on to some of our children’s families as soon as their children became old enough to organize the event. They have taken a good idea and made it abundantly better!  Last year our Arizona daughter Shawni who has a five year old daughter Lucy, with a rare syndrome which means she may lose her sight had their older siblings organize a Children for Children Concert to raise money for The Foundation Fighting Blindness. The kids excitedly crammed their home with people and their concert made a nice sum of money for this good cause.

Another daughter Saydi who lives in Boston sent websites to the parents whose kids were invited to the perform in the concert. She asked them to go through the websites for three stellar humanitarian organizations with their kids so that the kids could vote on which good cause they wanted to support with their efforts to participate in the concert. The kids got involved, voted and Mabuhay Deseret Foundation won. This is an organization that does free surgeries for cleft palette, cataract and other important surgeries on children who would otherwise be permanently maimed or blind. Interestingly Saydi and her husband spent six months in the Philippines working with this organization when they were first married. The parents involved in that concert loved having their kids see the needs of kids in desperate situations that they could help by sending money from their concert.

Last week our oldest daughter Saren completed a Children for Children Concert with a much larger group than would fit in a living room because an old Methodist church just around the corner from her home in Ogden had just been transformed into a community center.  Before she turned the reigns over to their oldest son Ashton to conduct the program, she introduced their fifth annual concert by explaining “the cause” which was to support orphans in Bulgaria where she served as a missionary many years ago. She has since gone back to Bulgaria with Deborah Dushku who helped start an organization called One Heart Bulgaria that has been supporting orphanages there for about ten years. She showed a three minute video of the beautiful children in the orphanages that she saw there. The heart-wrenching video was accompanied by a recording of Kurt Bestor singing “The Prayer of the Children. As always, a tear jerker! See the video on Saren’s blog post here.

The pictures below will tell the story. The kids usually do a nativity scene at the end and since there were almost 200 people in attendance, there were about 25 shephards and a multitude of angels.  The audience was chuckling watching Joseph be sure that each shepherd saw the baby Jesus up close and personal!

Those kids raised $1677 which was matched by a foundation which meant that they earned $3354. That is enough will support two orphanages in Bulgaria for a year!

The hard part on these concerts as parents is to stand back and let the kids really do it!  Of course there needs to be some reminding and some wind in their sails, but letting the kids do the calls, plan the program and conduct the concert is the key to helping them feel the real joy of giving something really meaningful to children in need at Christmas instead of feeling the often insatiable need for getting! 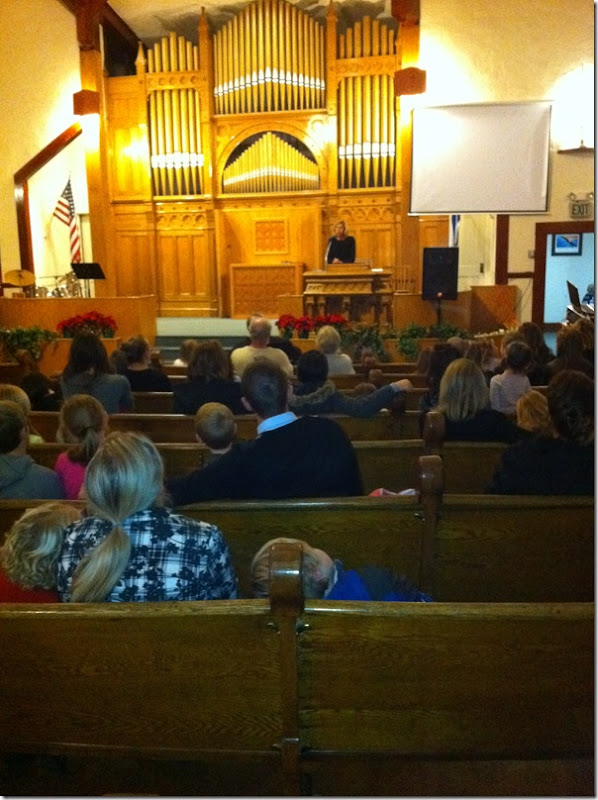 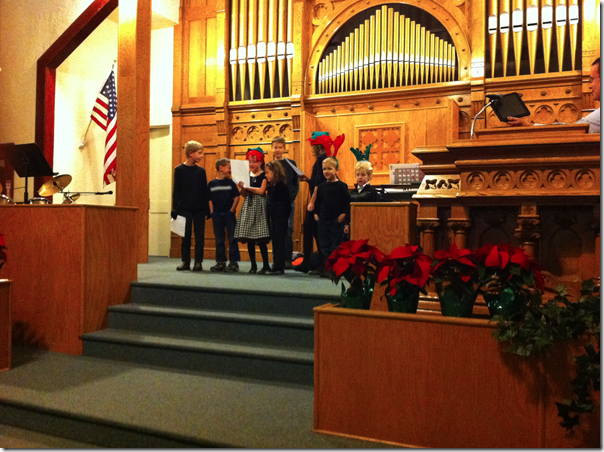 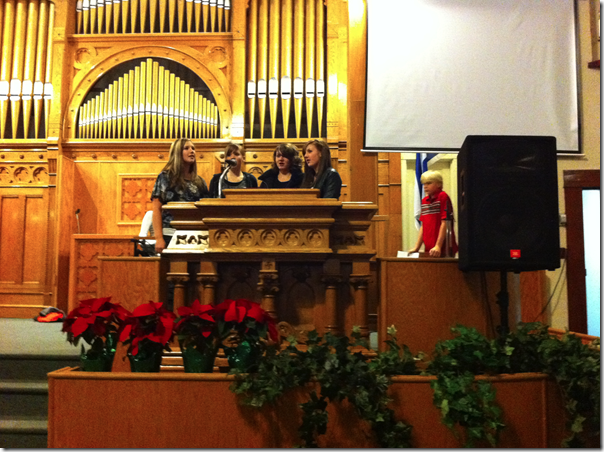 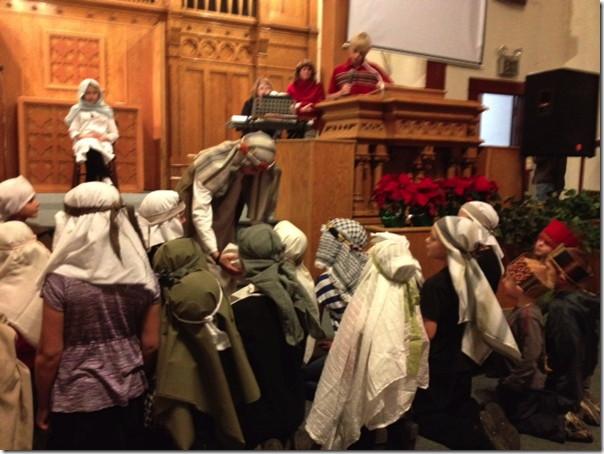 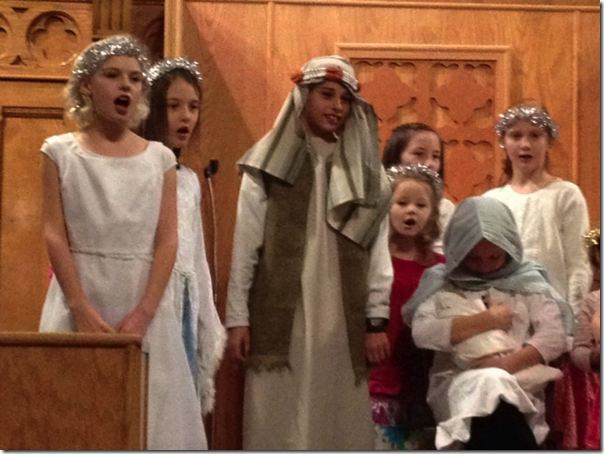 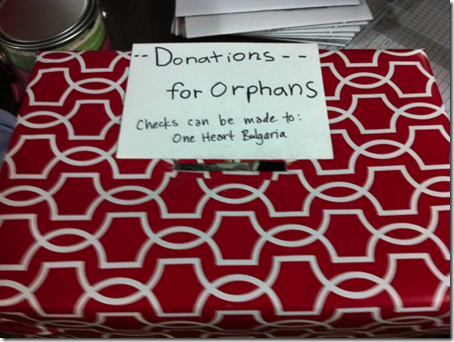