This week we finally managed to make connections (after several tries from both sides) with the amazing couple who won the gold prize for the give-away that we sponsored during The Entitlement Trap pre-sales era. The prize was dinner with us at a fun Park City restaurant. I think we were actually the winners! We had so much fun getting to know this extraordinary couple.

On January 3rd Sarah and Gabe Granata are moving with their four little children ages seven to about 18 months to China! Unlike others in their company, they will be living smack dab in the middle of a Chinese high-rise community surrounded by only Chinese speaking friends and neighbors which is only a few minutes from his office rather than 90 minutes each way if they were to live near other Americans.

They are debating whether to just throw their kids into Chinese schools with the help of a Chinese tudor after school OR to home school them for the rest of the year and then throw them in when they start again next fall. Dad/Rick’s suggestion of course, was to throw them in and let them swim. My feeling would be to get them acclimated for a few months and then sent them off to a Chinese school in the next school year. I think we weren’t too much help on that one. You might ask why not put the kids in a private school? The problem is the tuition: $22,000-30,000 per child.

They are excited about their adventure!

Two and a half hours simply flew by as we were amazed at this couple’s courage and stamina. Go Gabe and Sarah! 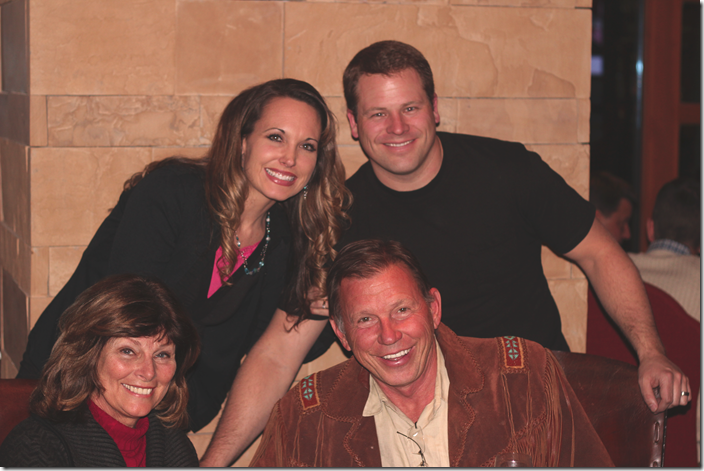