Time Out for Women

This weekend our daughter Shawni and I were privileged to spend some time in Oklahoma City where we spoke together at something called Time Out for Women. Since we co-authored a book last year called A Mother’s Book of Secrets and Richard and I have just done a new book called 5 Spiritual Solutions to Everyday Parenting Challenges, we have had this opportunity to speak at TOFW several times.  We never ceased to be amazed at the goodness, not only of the performers, presenters and staff but of the audiences which range in size from 1000 to 4000.  These events are sponsored by the Deseret Book Compnay and we feel truly humble to be included on this roster of excellent talent.

On Friday night there were delightful talks by Virginia Pearce, and Emily Watts and we were electrified with the music of darling Macy Robison who has a spectacular voice and an accompanist to match…the multi-talented Whitney Johnson. Together they touched the hearts of everyone in the audience as Macy sang and talked about her multitude of difficult life-experiences. We were grateful that Macy brought her baby so that Shawni who is a baby nut, could get her "baby fix" for the weekend. 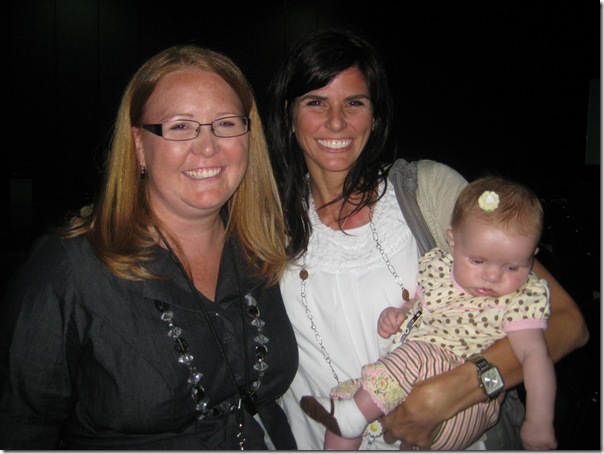 Shawni was immediately recognized by a cute self-proclaimed  "blog stocker" and many other young moms who have been faithfully following her blog at 71toes.blogspot.com. 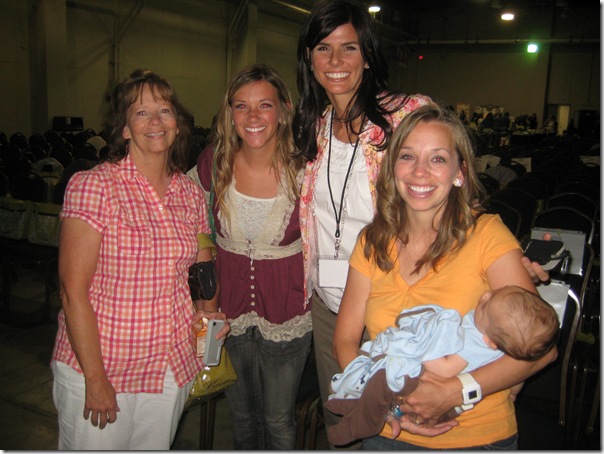 We have done almost every TOFW with the amazing woman below. This is Mariama Kallon who faced unspeakable terror at the hands of the rebels in Sierra Leone during the war. After seeing her parents killed and her sister’s legs chopped off, she somehow escaped and, to make a long incredible story short, found the Mormon religion which she says was her salvation. She ended up as a missionary on Temple Square in Salt Lake City and has become a beacon of faith and hope for thousands. Her contagious giggle mixed with her gripping stories of an unshakeable belief and powerful strength propels us into a world of wonder whenever we hear her. 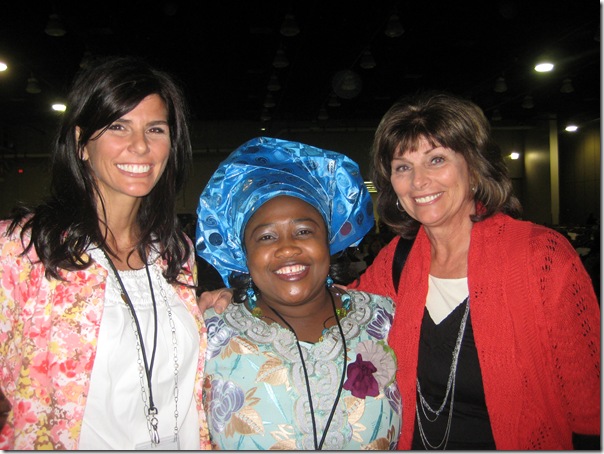 We look forward to doing our other TOFW assignments in Richmond VA in September, Logan, UT in October and Phoenix AZ in November. What an honor to be associated with these thoroughly good people!