Another Fun Retreat for Mothers

On May 20th and 21st another one hundred deliberate mothers gathered at our home to “sharpen their saws”.  What fun we had thinking, planning and being inspired to be better at the world’s most important career… Motherhood!  The event was planned and organized by our sensational Saren Loosli and her terrific co-partner April Perry through the incredible outreach of the Internet and their website at PowerofMoms.com. 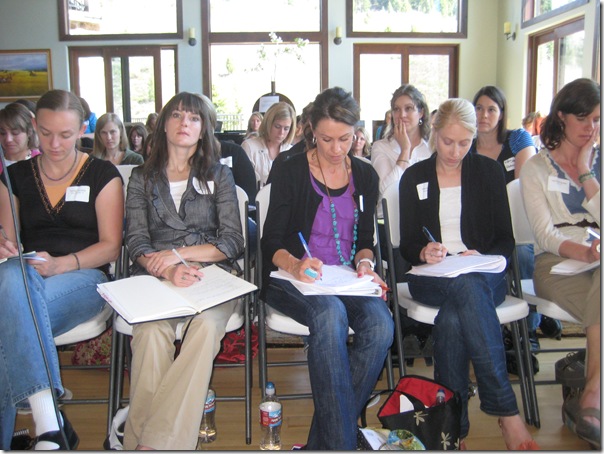 On Friday about fifty mothers gathered for the afternoon to be instructed by the “guru of organization” and co-founder April.  She did a session called Mind Organization for Moms which was soaked in like sunshine after a long, cold and dark winter. She is amazing in her abilities to teach Mothers to organize their papers, they computer files and their homes in order to survive the inevitable.

On Saturday all 100 mothers fit pretty nicely into the great room where Saren and April directed a program filled with great ideas…many of which came from the astute mothers in the audience.

Saren allowed Dad/Richard and I to be part of the training on creating family systems and she did an amazing job of keeping her parents on task and of organizing and making things run smoothly as well as presenting great ideas herself. She’s quite a woman as many of you know (no prejudice intended)! 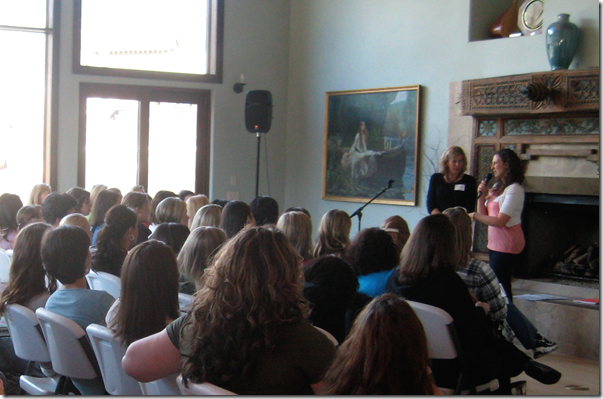 Among the Saturday morning presenters was wonderful DeAnne Flynn, well-known author and speaker on Motherhood….. 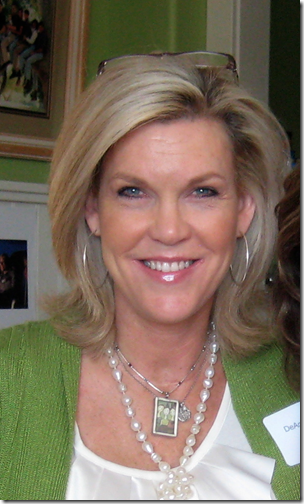 As well as the delightful and inspiring Utah Young Mother of the Year, Emi Dalton Edgley. Find Emi in the upper right of the collage below which is a compilation of our wonderful day together! 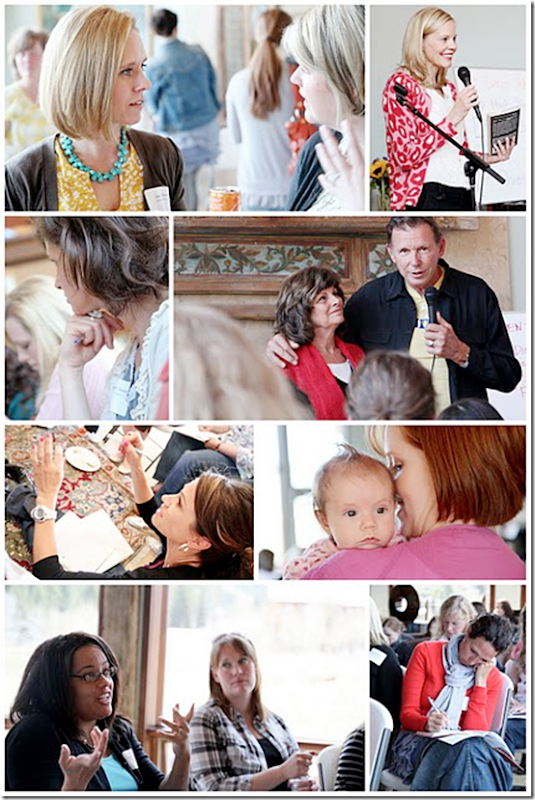 An outstanding presentation was also given by one of the Power of Moms anchors, amazing Allyson Reynolds (below right).  Each presented a stimulating and moving message for these mothers seeking career training!  That cute girl to the left, our baby Charity was the outstanding event coordinator as well as talking about the sometimes wacky parenting ideas she grew up with. It’s so fun to see these book-end daughters working together. 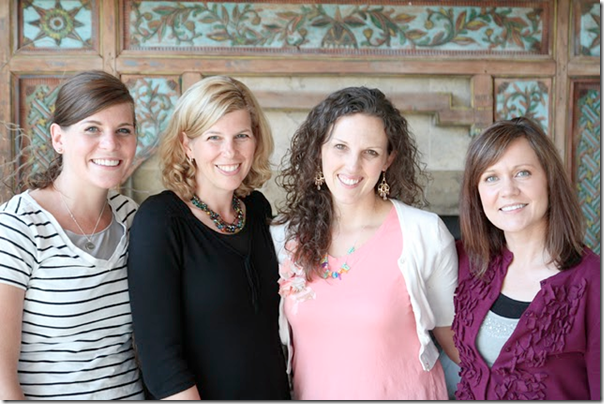 During the lunch breaks the moms divided into eight groups and talked about their major mothering concerns in two different sessions: 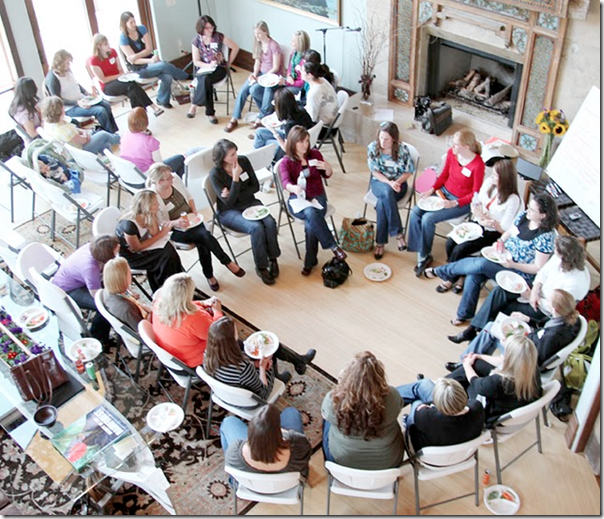 At one point in the training a wild cowboy alias “Tex” came galloping up on his horse and his giant ten gallon hat. The audience watched as he dismounted, tied the horse to the stone planter in the front of the house and ran into the great room to teach the group about the importance of serendipity in their lives. It was a fun surprise and an indelible image.  Thanks to Emi who saved my flowers in the planter from being an afternoon snack for Duffy the horse until I got there to rescue the flowers! I was so surprised that I forgot the camera. Shucks!

Saren and April calculated from registration forms that the 100 mothers there represented 493 children. Babes in arms (and car seats) won’t remember being there that day but very possibly what their mothers learned will be with them as they grow up for a very long time. 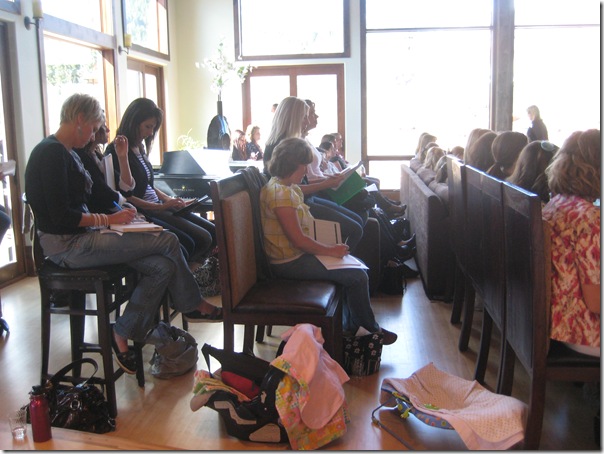 Warm congratulations to Saren and April!  After spending about 30 hours a week for the past two years, this idea whose time has come is really taking off! Ah the Power of Moms!