We had a fascinating evening last night in our home with eight wonderful women from Iraq.  They have formed a non-profit organization called F.U.T.U.R.E (Families United toward Universal Respect). They included the former minister of state for women’s affairs in Iraq, University professors, brilliant, well-educated women who are working with gender violence, mothers who have lost children in the war, and are looking for ways to best deal with the 2 million orphans and 3 million widows as a result of the turmoil in Iraq.  Through amazing dedication and personal sacrifice, these women are making enormous strides as they work on reconciliation in their war-torn country.  They have realized that the best way to do this is to teach the next generation about forgiveness, to find ways to bring peace to individual neighborhoods and homes, to stress reconciliation and to model love.

They were organized by Fareed and Joan Betros (far right) who have lived and worked in Iraq for many years.  Fareed was a senior Middle East adviser to U.S. reconstruction efforts and Joan was the director of family television programming for the Iraqi Media Network. 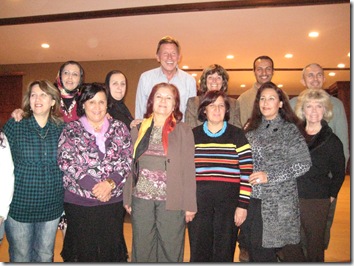 About  two years ago, Joan helped them to create Women for Future—Iraq which has now organized women (patterned after a system to create strong families and neighborhoods in our church) who, two or three at a time, visit families in their neighborhoods with a spiritual message, access needs and teach them how to hold regular family meetings to discuss values and goals for going forward together as a family.  These women report to a supervisor who then organizes help for special needs.

The delegation will be in Utah for two weeks to thank Operation Give which has provided enormous amounts of aid to Iraq  as well as to be trained in how to be successful in advocating family meetings and teaching values.

We were delighted to have them be a part of our vaulesparenting family where they will have access to FamilyNightLessons.com for their family meetings.

teach their children about a “Secret Code” illustrated by animals (for more info go to the “Nurturing” button on our home page) which will help them to improve communication, awareness, ability to praise, consistency, family security and four other family values.

It was also fun to meet the Utah-based women who have been helping with this project for several years: 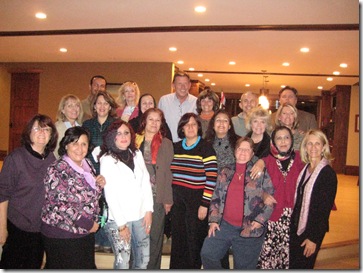 We even loved meeting their security entourage! 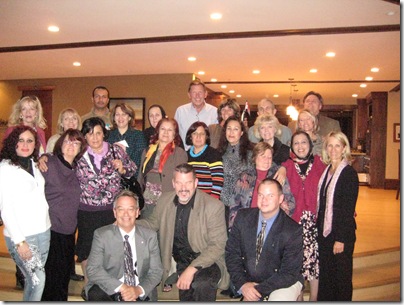 What a privilege it is to be associated with these incredible women.  They could very well be the best hope that Iraq has to change its future and produce a new generation of peaceful families.