We Love Paris in the Springtime!

Can you believe that on July 30th, Richard and i will have been married for exactly forty year?

I know, I know this really dates us, and I have to pinch myself as I wonder how could that be possible!   It seems like just a few years ago, that Richard put that diamond ring on my finger at the top of Old Main Tower at Utah State University, where we both graduated.  But here we are 480 months later, ready to celebrate with a long journey through Europe. 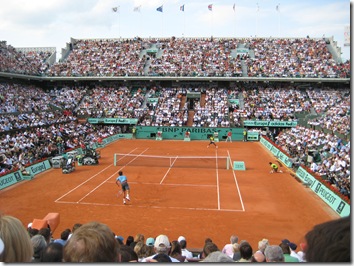 We began in Paris at one of our favorite venues on earth:  Roland Garros!  It was the year of the early defeat of Rafa Nadal and three days of watching great matches even including seeing John McEnroe play in a senior’s match! 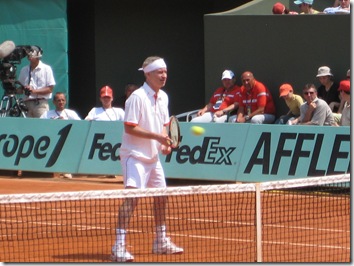 Of course Paris is one of the most magnificent places to visit and after long days of tennis, and since it didn’t get really dark until midnight, we loved visiting those most historic places: 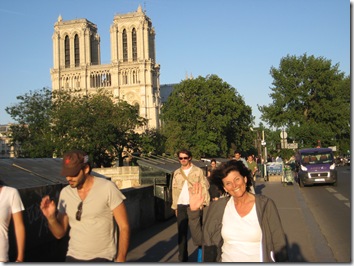 Though we have been to Paris several times, I had never seen Sacre Coeur, which is magnificent and is a spectacular place to see the city at sunset. 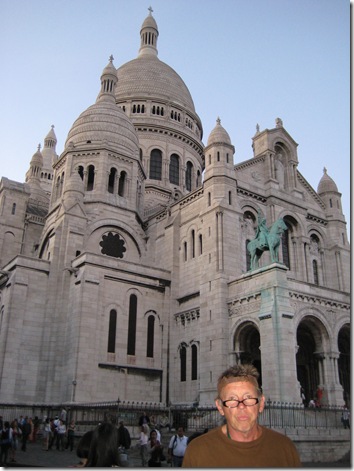 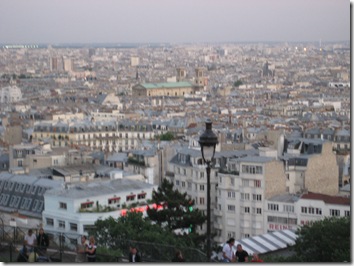 The Arc d’’Triumph is always an inspiration 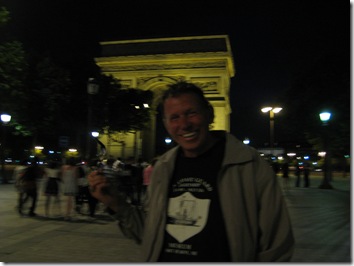 But my favorite day in Paris was the day we rented bikes and saw EVERYTHING!  It was a spectacularly sunny day and we just biked along the Seine and saw Paris from a new viewpoint!

Our hotel was near the Eiffel Tower and we had seen it “twinkle” on the hour twice, but we had never seen it from UNDER before: 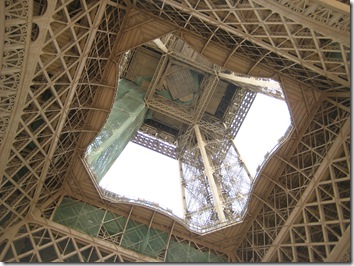 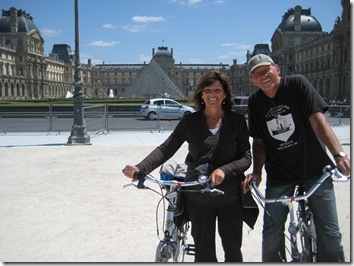 Since we’d already seen the Mona Lisa and the miles of artwork at the Louvre and the fabulous artwork of the Muse’ de Orsay several times, seeing them from the outside on the bikes was great fun!  Plus the bike paths made us feel as though we were the king of the roads! 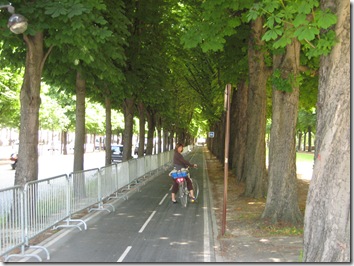 Something neither of us had seen was the Grand Palace which was built especially for the World’s Fair of 1900. 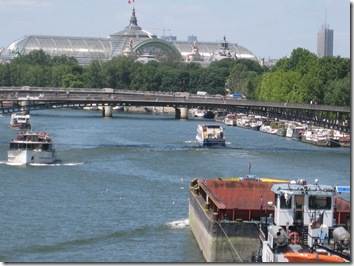 Sadly it was closed for renovation and all we could do is peer through the giant doors at the stained glass entry that filled that gigantic clear glass building with color! 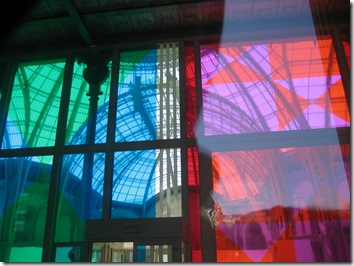 Luckily directly across the street was The Petit Palace, a fabulous building with more of the unending supply of gorgeous fine art in Paris!  One of my favorites was this Mary Cassatt, who was a contemporary of Monet and loved painting Mothers and Children! 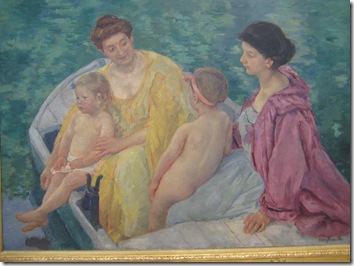 We turned in the bikes and took a train to one of the wonders of the world….Versailles!  “What the mind of man can conceive, it can achieve” always makes me wonder how anyone could conceive of such a gargantuous place both in terms of buildings and gardens. 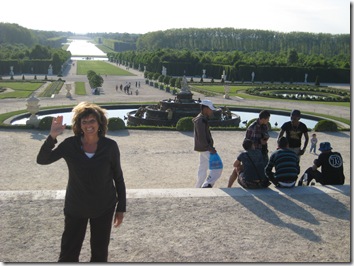 My arms below give you an idea of the scope of those backlit gates! 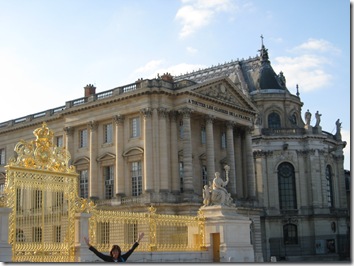 Tomorrow we get to drive through the French country side, through Dijon and on to the homeland of my mother’s side of our family: Switzerland!