A Birthday We Won’t Forget!

This blog entry somehow didn’t post in Vietnam, but rather than delete it, we thought it might be of some interest. It was on Richard’s birthday where the first part of the day was spent at the War Remnant Museum in Ho Chi Minh City (Saigon) where that tragic war ended thirty four years ago. In was so sad to be looking at the tragedy of war. Because Richard was in ROTC, he missed the battles in action. We lost friends in that war and were amazed and chilled (literally) as we had been drenched in a tropical storm the day before to be looking at the pictures of the horrors of war. 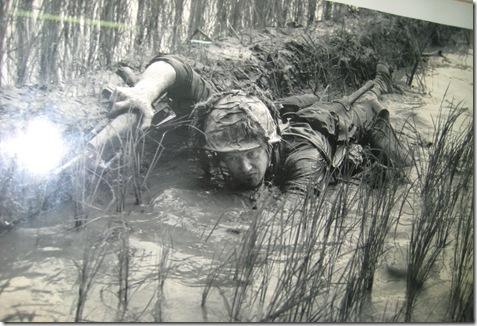 We also saw the Reunification Palace which Ho Chi Minh’s forces took over at the end of the war. The tanks that came lumbering through the gates were still there. 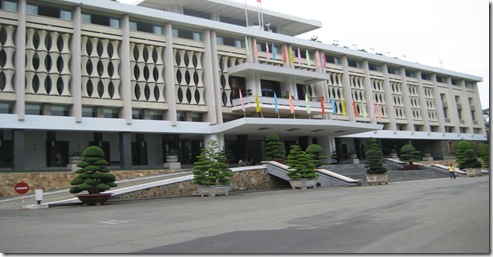 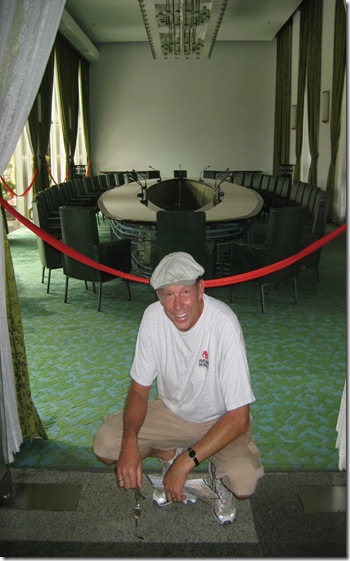 Tanks in the background 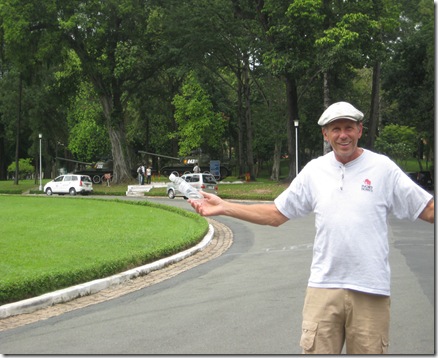 That afternoon we had the great pleasure of meeting the Vietnam Chapter of the Young President’s Organization. Although few in number the quality of their members and the stories behind their lives were stunning! We will never forget our afternoon and evening with them, which ended with a Vietnamese dinner to die for and even a wonderful birthday cake! 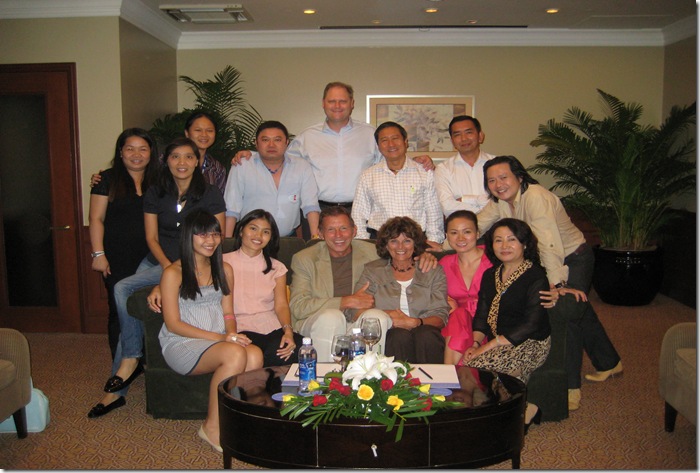 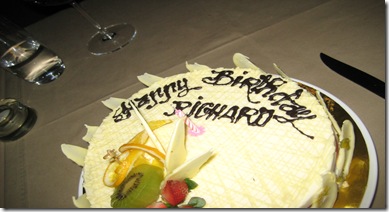