We’re checking into the Valuesparenting blog this week from the great country of Australia! We have an actual “vacation” for about two weeks and then we will begin a speaking tour of Australia and China, which we are looking forward to with great anticipation! This week we have been at the spectacular Australian Open Tennis Tournament! As Richard is somewhat of a tennis “nut” whether it is playing with his kids, in tournaments or just watching the best in the world, he has accomplished a lifelong dream to be at the tournament this week! He started at the U.S. Open and since then we’ve attended Wimbledon and the French Open many times in our sojourn in Europe over the years, but the Australian Open has eluded us until now! We saw some remarkable matches and have enjoyed the great Aussie openness and friendliness! 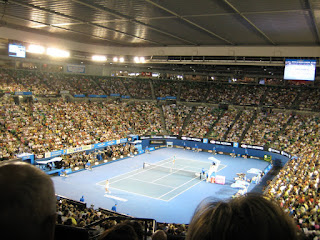 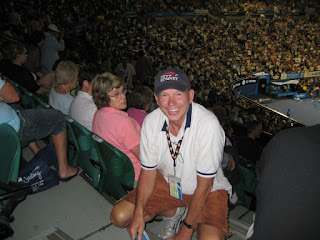 Yesterday we took a drive down the rugged coast of Australia from Melbourne to Port Fairy. Along the way, we saw the most famous rock formations in Australia called the Twelve Apostles. They stand like giant monoliths along the coast with water pounding on them mercilessly day and night. One fell down recently and you can see why! We jumped in a helicopter just before sunset when we got there and had a great view from above. The next day we saw them from the ground which was no less spectacular. In additon to all that fun, we enjoyed some of the festivities of Australia Day, our equivalent to the 4th of July. The village celebrations were so fun! We watched the Women’s Open Final in a TV shop on main street and no one seemed to mind! They even gave us free cake! 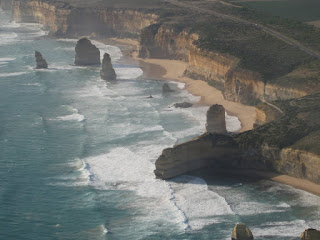 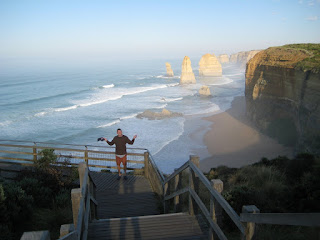